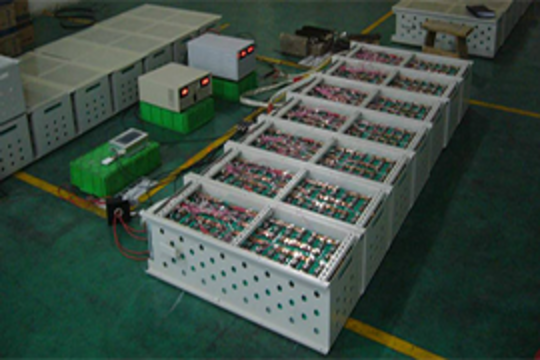 Surprisingly, there has been little evolution in the battery arena for a number of decades, despite the significant advances in batteries for other electronic equipment, such as smart phones and vehicles. So the time is ripe for all the lessons learned in other technological environments, to spill over into the critical power world.

Yes, Lithium-ion batteries are already having an impact, but what should you be considering when looking at the battery options?

1. Prime time – the desire for data, power and information is not going to disappear, in fact it is rapidly accelerating with a danger of exceeding capability. So, every data centre, infrastructure or building with critical power requirements has to be several steps in front and unfortunately traditional lead-acid battery options are increasingly going to struggle to meet this demand.

2. Significant capacity – delivering substantially more energy and power, Lithium-ion batteries are ideally positioned to cope with the
rising energy requirements that many operations now expect of their battery support.

3. Space advantages – the power to space ratio that these batteries provide, taking up a third or less than conventional lead-acid batteries means a reduced UPS footprint and importantly weight, which in turn means spaces, can be used more effectively.

7. Extensive life expectancy – the cost of battery replacement (which can be costly and potentially include extraction and installation costs alongside the hardware, not to mention system down time) can be significantly reduced as Lithium-ion batteries are expected to last far more than the usual 10 years.

8. Reliability of energy – a UPS battery needs to kick in quickly just when you need it, and kick in with quite some power and only
really for a relatively short period of time, until the generator establishes itself. This is contrary to how many other batteries operate, which is where the right Lithium-ion battery is ideally suited to meet this instant and strong demand.

9. Lower total cost of ownership (TCO) – easily more competitive, Lithium-ion batteries may initially be more expensive to purchase, but as they last almost twice as long, ultimately their pay-back is assured. Plus as they are smaller, they save costs in terms of both the physical space they take up and their cooling requirements. However, it is important to not just consider the field life comparison as the technology is very different. Traditional sealed lead acid batteries require a pressure valve for releasing hydrogen gas should the gas recharging combination cycle run away with itself, so the Lithium-ion battery also eliminates the risk of release of COSH controlled chemicals and explosions.

10. More environmentally friendly – obviously being recyclable and not containing hazardous materials is important, but in reality to give this a true view in terms of its environmental stance we need to consider the entire aspect of the Lithium-ion battery and their overall lower consumption of energy and cooling. This includes their requirement for less energy to keep them charged, plus they self-discharge at a lower rate than lead acid batteries. Granted, it is important to bear in mind the need to have a battery management system, which might potentially consume an equivalent amount in terms of energy.

As Martin Pearce, Sales Director at Critical Power highlights, “With ASHRAE and other organisations recommending increasing data centre temperatures to save on cooling costs, Lithium-ion batteries are likely to become a core aspect of uninterruptible power supplies, as they are much better suited to these warm environments than their traditional counterparts. In addition, the overall design of a data centre is likely to shift, as they may negate the need for separately climate controlled rooms completely, with them being installed alongside the UPS in the IT room.”

So, the times are changing and we are on the cusp of entering a new arena in terms of UPS installation and management and it will be interesting to see the ripple effect that the use of Lithium-ion batteries are going to create in data centre design.

© 2009-2022 Critical Power Supplies Limited | Company Registration: 07024862 | VAT: 982 5604 94
We use cookies on our website to give you the most relevant experience by remembering your preferences and repeat visits. By clicking “Accept”, you consent to the use of ALL the cookies.
Cookie settingsACCEPT
Manage consent

This website uses cookies to improve your experience while you navigate through the website. Out of these, the cookies that are categorized as necessary are stored on your browser as they are essential for the working of basic functionalities of the website. We also use third-party cookies that help us analyze and understand how you use this website. These cookies will be stored in your browser only with your consent. You also have the option to opt-out of these cookies. But opting out of some of these cookies may affect your browsing experience.
Necessary Always Enabled
Necessary cookies are absolutely essential for the website to function properly. These cookies ensure basic functionalities and security features of the website, anonymously.
Functional
Functional cookies help to perform certain functionalities like sharing the content of the website on social media platforms, collect feedbacks, and other third-party features.
Performance
Performance cookies are used to understand and analyze the key performance indexes of the website which helps in delivering a better user experience for the visitors.
Analytics
Analytical cookies are used to understand how visitors interact with the website. These cookies help provide information on metrics the number of visitors, bounce rate, traffic source, etc.
Advertisement
Advertisement cookies are used to provide visitors with relevant ads and marketing campaigns. These cookies track visitors across websites and collect information to provide customized ads.
Others
Other uncategorized cookies are those that are being analyzed and have not been classified into a category as yet.
SAVE & ACCEPT